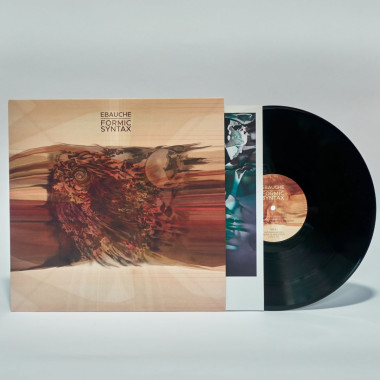 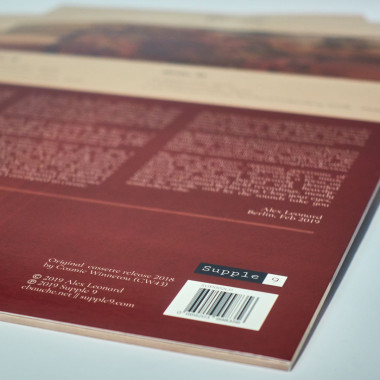 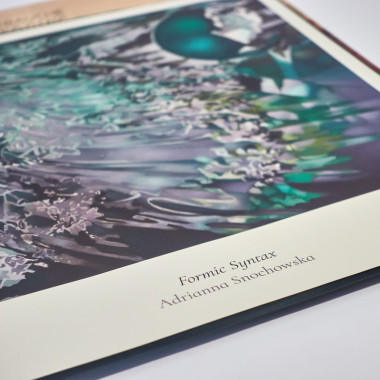 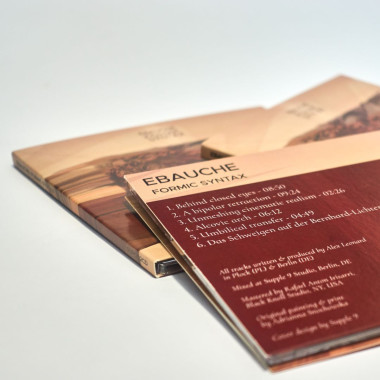 Formic Syntax is the newest LP created by Ebauche, aka Alex Leonard, which veers halfway between ambient and densely intricate beats. Having recently relocated to Berlin, this album draws on the myriad of artistic and musical inspiration overflowing in this city.

Originally released in mid-2018 as a limited edition cassette on Cosmic Winnetou, the album is now being given a full release on vinyl, CD and digital distribution by Supple 9.

The tracks on Formic Syntax have a distinctly harder edge than recent releases by Ebauche and much of the album is pulsating with angular sonics and crisp, sharp polyrhythms. As always, Ebauche has found ways to densely layer the audio spectrum with constantly varying electronics, whilst maintaining clarity and purpose.

Behind Closed Eyes aptly opens the album with subtle melodic pads, underlying bass drones, fractured field recordings topped off with alien distorted crackles. A Bipolar Retraction draws you out of ambience and into utterly hypnotic chaos. Unmeshing Cinematic Realism fragments things even more, just held together by driving beat, and Alcovic Arch reins you back in with a more palatable yet beat driven structure. The album then eases back and into two slow and languid pieces which hark back to Ebauche's earlier ambient releases whilst maintaining a beautiful attention to detail and sculpting of sound. The nine minute closing piece is effervescent, washing over the listener with waves of shimmering serenity.

The whole package is complemented by stunning cover art, itself a remix of a unique painting created specially for the release by Polish artist Adrianna Snochowska. The original is a 70 x 60 cm oil painting on canvas, and a print of the artwork is included with each vinyl copy.

Currently based in Berlin, Germany, Alex Leonard's last release as Ebauche was in 2018, titled Mutable, was honoured by Headphone Commute in his end of year lists and chosen as #10 Album of the year by A Closer Listen: "The gradual shifts in the compositions have a transforming effect on the listener: you start off in one place and end up somewhere else altogether. Then you go back to experience Mutable all over again."

Ebauche does something different on Formic Syntax, offering an album that is in part more aggressive and in part more sedate than Mutable: part industrial and part ambient. And it works.

In this paradoxical environment, where the whole of life flourishes over eons and individual life randomly ends in the surprise of a second, Formic Syntax is the soundtrack. Beautiful ambient density, sonic pressure measured precisely, consciousnesses balanced in some ethereal buoyancy.