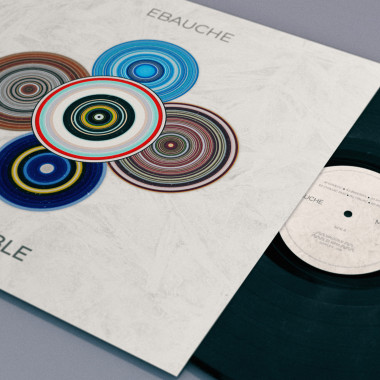 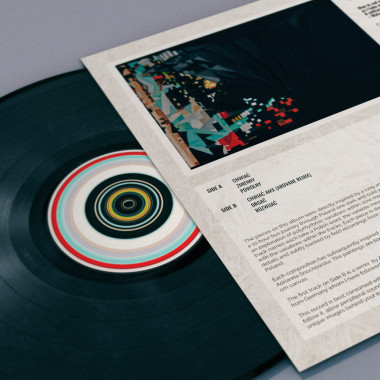 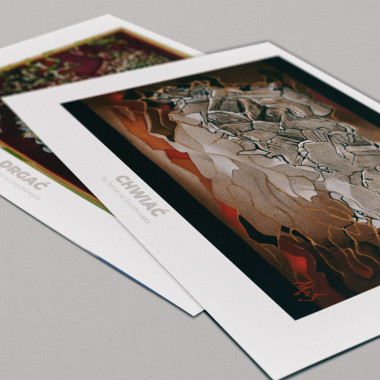 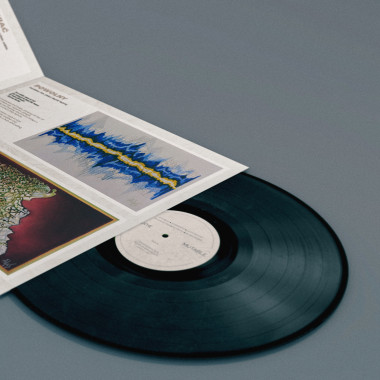 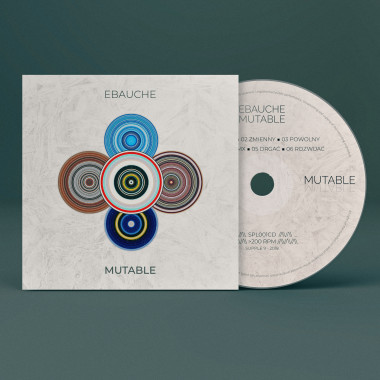 Written and produced by Ebauche (Alex Leonard),
except #4 remixed by Arovane
Original oil paintings created for each track by Adrianna Snochowska
Mastered by Rafael Anton Irisarri at Black Knoll Studios

Three years after the release of Adrift, Ebauche (aka Alex Leonard) returns with a beautiful new ambient LP. It is inspired by a strange disconnected dream during a long cross-country journey through Poland in the depths of winter in 2014. Mutable reflects the rhythms of that journey and the ethereal dreamscape which enveloped him.

Each track on Mutable pulsates and wraps around itself, gradually evolving its soundscape and encasing the listener in a deep and rewarding world. There is careful exploration of polyrhythmic variations within juxtaposed morphing drones bubbling out from stacks of synthesizers. The pieces are densely layered with fine detail, often only revealed on repeated listens, and are subtly backed by field recordings from locations around Poland.

Chwiać opens the album with scintillating polyrhythms and pulsating bass tones; continuously folding in on itself teasing elements in and out of our awareness. Zmienny evolves gently over its 11 minutes, voices skittering in the background whilst synths, horns and strings grow, waver, and vacillate. Rozwijać is a lovingly constructed soundscape full of warmth and gentle tones which lull the listener to serenity as the album closes.

Each piece on the album is accompanied by a unique painting created by Polish artist Adrianna Snochowska. The paintings are 50 x 35 cm mixed media (texture & oil paint) on canvas. Adrianna spent many hours listening to the draft mixes whilst creating these paintings and moulded the texture effects to the sounds on each track.

Additionally, long-time producer Arovane has provided a remix of Chwiać which is included on the release. The remix picks up on Chwiać's pulsing polyrhythms and wraps them in layers of gritty distortion and subtle melodic nuances, underpinned by driving beats.

Currently based in Berlin, Germany, Alex Leonard's last release as Ebauche was in 2015, titled Adrift, was listed in Ambient Music Guide's best albums of 2015 and received a glowing review from Hypnagogue.

... you can feel the amount of love and attention that’s been poured into the grooves. The gradual shifts in the compositions have a transforming effect on the listener: you start off in one place and end up somewhere else altogether.

Mutable finds its path in the erasure of whatever divides one from the other, a strong sound being composed of several softer ones, a soft sound occupying the entirety of the mix by virtue of its droning presence. You’ll be the same afterwards, but also different.

The music becomes a living object. The synthesizers wrap around the field recordings like tree trunks growing over embedded objects. Everything is mutable.